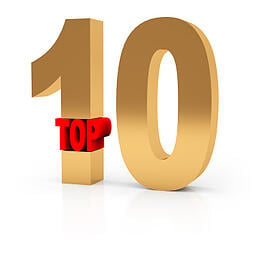 Yeah, yeah it’s a bit late.  I know.  We’ve been busy!  And, apparently we’re not alone in that respect in the innovation space.  That’s good, because it means I had plenty to choose from to compile this list.  So, without further ado, here’s what we saw “innotweeted” the most in February 2011:

1. Open Innovation and what it means to small business

Open innovation has seen a lot of buzz in the last couple of years especially, but now it is being considered beyond the walls of the great big companies who have almost exclusively made use of it. http://bit.ly/hldkXw

2. Lacking infrastructure in support of innovation in the US

An Information Technology and Innovation Foundation (www.itif.org) study measuring 40 industrialized countries ranked the U.S. sixth on ability to innovate and compete.  The same study ranked the U.S. 40th out of 40 countries in rate of change in capacity for innovation. http://bit.ly/c88OhL

Debunking the classic methodology, as Alan Cooper so nicely put it, it’s about understanding what the users want not asking them what they think they want.  Indeed, there is a world of difference between the two. http://bit.ly/eIuTeX (Also, see our post on the topic: http://bit.ly/hjOIHo)

Social innovation is in fact going mainstream, no doubts about it.  We love it, and hopefully innovation processes can be leveraged to tackle the globe’s major societal issues. http://bit.ly/hTvImn

According to EU reports, the Baltic states, in particular, Sweden, Finland and Denmark, lead the EU in innovation output. http://bit.ly/dQ9K13

Ideas are great, but are easy to come by; the hard part is the execution.  And, it is critical. http://bit.ly/h1x4Uf

8. Moving from a top-down organization to… What?

According to Steve Denning, the answer is not bottom-up but rather outside-in.  This is a great read on how to be more effectively innovative. http://bit.ly/fkLy2B

Good? Bad?  Well some think it at least creates something that can compete with Google, which is good for innovation. http://reut.rs/eApw93

What Pirates can teach us about how to innovate. http://buswk.co/fTI3zg