It seems that every magazine 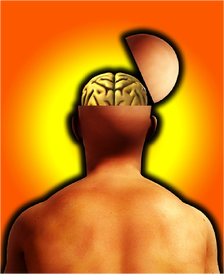 article I have picked up lately has related directly to creativity and innovation. The trend continued this morning, when I discovered the The Atlantic's special culture report on How Genius Works. In Project: First Drafts, the magazine asks some of the world's most creative and famous artists to explain their process of turning inspiration into art.  Here are a few of my favorite quotes from the feature.

"First, we create the design brief for the car--the qualities we want it to convey. We make a list of attributes--upscale, elegant, sporty--and pull together images that visually articulate those attributes."

"A movie is only as good as its villian. So Lord Shen was one of the first things we thought about when we began work three years ago. A small group of us gets together. We get a lot of snacks, and we get in a room and start spitballing ideas."

Issues Can be Overcome

"With me, if it’s a good idea and I don’t have it right, I stay with it. You have to be patient, just keep erasing what you don’t like. At a certain point it becomes alive, and you know the problems are solvable with solutions you may have used before."

Work In Pen... Then Take a Step Back

"I draw directly in ink. I don’t pencil and ink, like these kinds of assembly line cartoon shops. And something has to be produced each week. Week-to-week, you see what you’ve done, and then you think, Is this where I want this thing to go? It doesn’t have to conform to a template, or even like it was when it was laid down at the beginning. That’s just not the form of a story like this. It’s like an improvisational performance."

When in Doubt, Doodle

“I don’t sit down and try to draw a character. I attempt to reserve some time each day for myself to sit and do nothing—stare off into space or doodle or whatever--just be in my own head. That time is very precious for me, and sometimes the characters will strike me in these quiet moments.”