In the January 13, 2012 issue of NYTimes.com, Susan Cain, author of the forthcoming book “Quiet: The Power of Introverts in a World That Can’t Stop Talking” decries the rise of the “new Groupthink.”  By and large, I am in total agreement with her premise and enlightened by her rationale and support.

But as a 20 year veteran of the BBDO system who’s second career is in the field of innovation, I was appalled by her lack of understanding of the power of collaboration and the tool of brainstorming as represented in her article, beginning with the statement: “Conversely, brainstorming sessions are one of the worst possible ways to stimulate creativity.  The brainchild of a charismatic advertising executive named Alex Osborn who believed that groups produced better ideas than individuals…”  It’s sad to see such a great article, marred by a clear lack of understanding of an important tool for creativity, imagination and innovation.

Let’s be clear, when misused brainstorming is as poor a tool as any other tool. 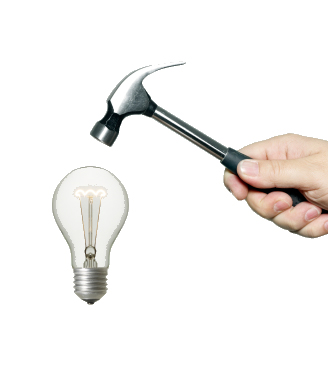 And “brainstorming” in the hands of the uninformed, untrained or unskilled, has a very high likelihood of misuse.  But that’s not Alex’s problem.  It’s the problem of people who think it is easy, has no rules, and amounts to getting a bunch of people in a room and asking for ideas.

In his book “Your Creative Power” published in 1948, Alex Osborn set forth a framework for enhancing the power of imagination.  Since that time, many smart people have built on the foundation he established.  And while the technique has been greatly enhanced, the basic principles have withstood the test of time.

In her article, Susan advocates for the power of “introverts” – the individual, working alone, who master a field, eliminate distractions and sweat the details that can only be achieved with focused thought uninterrupted by the distractions of open environments and constant group activity.

In his book “Built to Last,” Jim Collins encourages us to embrace “the genius of the and.”  He is referring to building a company that both preserves the core ideology and stimulates progress.  But in fact, the “Genius of the And” is fundamental to all of innovation.  We do not live in a black or white world, there are few absolutes, and those who believe in them miss all the shades of gray that offer so many rich opportunities.  So too with the concept of “group collaboration” or “individual performance” be they among introverts or any of a dozen other categories of personality.  Both have their place.  But it’s not an “or”.  It’s an “and”.  Group collaboration engages a team in participating in creating new ideas and allows each individual to “feed” off the experience, expertise, perspectives and ideas of each other.  Individuals often provide the focus and the passion to turn a beginning idea, theirs or someone else’s into powerful concepts for implementation. 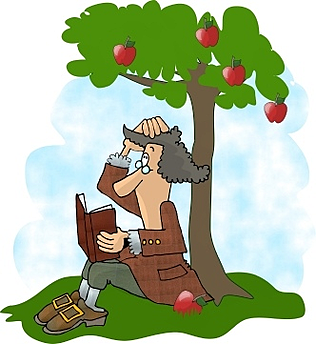 In her article, Susan refers to “one of the world’s great introverts” Isaac Newton, and uses the story of him being hit by a falling apple to illustrate a point. As she states “In other words, a person sitting quietly under a tree in the backyard, while everyone else is clinking glasses on the patio, is more likely to have an apple land on his head.”  Can’t argue with that logic.  But what if instead of partying on the patio, the team was all sitting under the tree with Isaac?  It doesn’t take a genius to see that the likelihood of someone being hit on the head by a falling apple is greatly enhanced.  What if when Isaac was sitting by himself, no apple fell on his head?  Or more to the point, what if while sitting with a group, an apple fell but hit someone else on the head?  If Isaac was so smart (and I for one don’t doubt that he was), the catalyst for his insight was an apple falling on someone's head. That event would have had a significantly greater likelihood of happening with a group than by himself.  No apple falling, no catalyzing event, no big breakthrough.  To Susan's point regarding the power of the individual thinker, even Alex says in his book "Creative history sparkles with the names of solitary thinkers."

As much fun as the story is of Isaac and the apple, it’s still a random event.  That’s not what brainstorming is.  Nor is brainstorming a lot of noise invading your privacy and distracting you from intelligent thinking.  Here are some key points from Alex’s book that have formed the basis for effective brainstorming for over 60 years:

First: To the question of "Is creativity a talent (natural) or a skill (trainable)?"  The answer is, it is both.  While not everyone is a natural Einstein, everyone does possess creative talent, and that talent or imagination can be greatly enhanced with some simple training.  Second: Our thinking mind is two-fold.  As Osborn suggested, "Our Judicial mind analyzes, compares and chooses."  "Our Creative Mind visualizes, foresees and generates ideas."

Since we were about the age of 5, our training has been primarily in how to choose.  How to get the right answer.  Very little training has gone into our imagination.  So is it any surprise that as adults our tendencies are to let our judicial minds overpower our imagination?  Third: Everyone's ability to imagine becomes more effective when stimulated by the expertise, perspectives and energy of others.

Throughout his book, Osborn laid out some of the keys for successful brainstorming.  Here are a few of the key thoughts:

There are other important “groundrules” and guidelines for effective brainstorming outlined by Alex Osborn.  And in fact, more have been added to the process by skilled practitioners in the decades since.  The point here is that “brainstorming” is an effective tool, when understood and used properly.  When misunderstood or improperly driven, it does unfortunately only accelerate poor “GroupThink.”

So let’s get back to the issue of “GroupThink” versus “Collaboration.”  Personally, I couldn’t agree more with Susan that once again, we as a society have gone overboard with this “open environment” thing, and also with the misplaced notion that group thinking is always better than individual thinking. 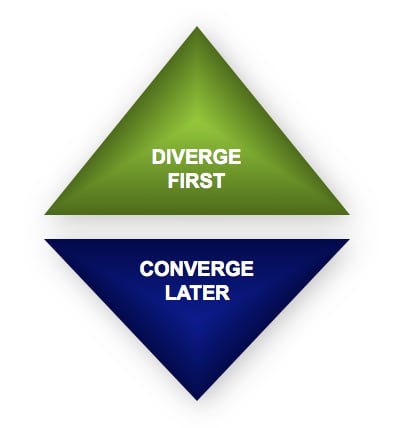 I’d actually go back to our old friend Alex Osborn for some applicable wisdom.  Osborn’s approach to collaborative thinking was based in an understanding that truly advancing thought to new places involves both divergent thinking and convergence.  In fact, the historical graphical metaphor for brainstorming is a diamond shape.  What Osborn taught was to avoid trying to do both at once.  As he referred in his book, quoting how one leader had interpreted the power of the process “If you try to get hot and cold water out of the same faucet at the same time, you will get only tepid water.”  And if you try to criticize and create at the same time you can’t turn on either cold enough criticism or hot enough ideas.”

If we apply this powerful metaphor to the problem of open environments and group thinking, we can learn some lessons.  There is a time for divergence – for stimulation of the senses and the mind, for learning by seeing with more than one set of eyes, hearing with more than one set of ears – expanded perspectives.  And that is a powerful aspect of collaboration.  We all probably learned more in classrooms with other students, where our stimulus was not just a book or a teacher speaking, but also from the questions, mistakes and comments of others.  I know for myself that many times someone else asked a question I hadn’t even thought of, or was afraid to ask that made all the difference in my understanding of the subject.

And (back to Collins), ultimately, someone has to make a decision, someone has to be intrigued by a thought, someone has to have the passion or the assignment to pick something and run with it.  That’s the power of the individual, often the introvert -- to own some idea and wrestle it to the ground.  And yet, collaboration isn’t over, nor does it lose its power once someone latches onto an idea.  In our business, we think in a continuing series of linked diamonds.  Innovation goes through many stages.  Each has a period of divergence followed by a period of convergence.  Each period of divergence is an especially ripe opportunity for getting beyond ones self and benefiting from the collaboration of others with different expertise, experience and perspective.

Good Brainstorming leverages both group collaboration and the power of the individual, focused mind.

When used properly, it dramatically expands perspectives and possibilities through collaboration, and depends on individuals to make key decisions and to apply focus to turning beginning ideas into solid, workable, and often “breakthrough” innovation.

Next blog: 3 Keys to Avoiding GroupThink.