Posted by Creative Realities on November 8, 2010

It's not always what you say; it's how you say it. Crystal clear communication is a cirtical piece of any innovation effort.  We all know that words are not the only way we communicate with each other. Interpersonal communication also includes:

Studies by pyschologist Albert Mehrabian, in the late 1960's, validated the old adage that "it's not what you say but how you say it."  Mehrabian found that nonverbals take the lead in communicating feelings or attitudes toward others.  He defined the relative perceptual impact of each element as follows:

Communication, of course, is great when all of these three elements are in accord.  But let one of the dominant elements (tone or nonverbal) differ from what a person is saying, and problems instantly arise.  Remember when President George Bush looked at his watch during a presidential town hall debate in 1992?  What made headlines was not what he said, but rather the image of a president whose body language communicated that he was disengaged from the process.  That's one of the better-known examples of what happens when the elements of communication are out of sync. 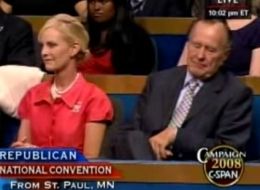 This understanding that tones and nonverbals can speak louder than words is particularly important during the numerous interactions that take place in the pursuit of innovation.  Problems can arise when our interpretations of people's tones and body language are correct and when our interpretations are wrong, as they sometimes are. Here are example of how things can go awry in ways that result in idea killing: