Posted by Creative Realities on December 1, 2010

1. No one knows why they’re there 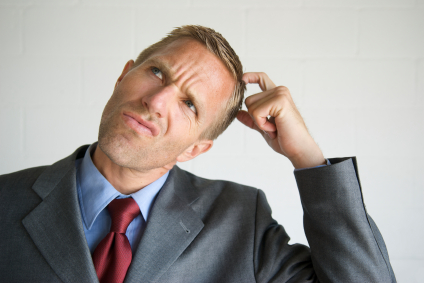 If no one has clearly articulated a task for the meeting, it’s doomed before it even begins.  Contrary to popular belief you can’t just say, “Brainstorm, go!” No one will be able to focus their creative energies in any direction at all, and even if you somehow get up and running, it probably won’t be in a productive direction.  Let people know why the meeting has been called and what you are hoping to get out of it, and if you have any ideas in your head already, go ahead and get those off your chest (but stress openness to the outcome or solution, otherwise attendees will play “guess what’s in your head”).

2. Not enough diversity in the group

If you are looking for real newness, then you have to involve a diverse array of perspectives.  Too often the same people, with the same perspectives (typically rooted in what’s been tried before, what worked or didn’t work), get together time and time again to come up with new stuff.  Bring in someone who doesn’t know what has or hasn’t worked in the past – it’s revelatory.  Populate your work groups with young(er) and old(er), male and female, engineering and marketing, sales and HR.  The first part of brainstorming is about divergence – moving out in as many different directions as possible – so before you put the inevitable constraints to your ideas, why not get as much to work with as possible?

3. The organizer tried to run the meeting and participate in it

This can actually go down in two different ways.  First, the organizer could try to run it and participate in it.  This is quite natural.  We are often compelled to call a meeting because the topic is of interest to ourselves and thus we want to participate in it.  The problem is, doing both doesn’t work.  Running a meeting – we’re talking just the flow of the meeting itself – is a full time job of its own.  So is acting as a resource, a problem-solver, a brainstormer.  So if you try to do both, you will ultimately neglect them both, to your meeting’s detriment.  The alternative is running it and not playing.  This is doable but you don’t get to contribute to a topic you feel a degree of ownership over.  This doesn’t feel great and you could unintentionally be overly critical of the ideas your group came up with (without you).  So, don’t go here.  Have someone outside of your team facilitate the meeting.

Especially if we are close to the subject, we think we know enough to say definitively yea or nay to certain ideas.  It can happen overtly, “Nope, tried that, didn’t work” or more subtly, *cough, laugh, chortle*.  When this happens in a brainstorm session you can start shutting down other participants.  Again, if you want as much to work with as possible, you want everyone in the room to be playing and contributing.  One wounded resource can infect the whole group; just as one bazooka shot at someone else’s idea can scare off the rest.  Establish some ground rules that protect everyone’s ideas and permit reaching for the seemingly impossible.  Feasibility estimates come much later down the line.

Everyone walks out of a meeting and scatters, returning to their desks and the tasks they were working on beforehand.  This is the most dangerous time for a brainstorming session.  Someone has to own taking the output of the meeting (you wrote stuff down right?) and moving it toward a next step.  Too often we brainstorm and don’t establish an action plan.  You have to say, “Okay.  That was great, we’ve got a lot to work with.  Now let’s move forward with this.”  Yes, some selection/consolidation has to happen (that’s another post) but the point is: establish a next step before you adjourn, this at the very least tells the participants that something is going to happen.  Knowing that is important.

This stuff isn’t rocket science, but it does require a heightened level of awareness and, more importantly, some effort!