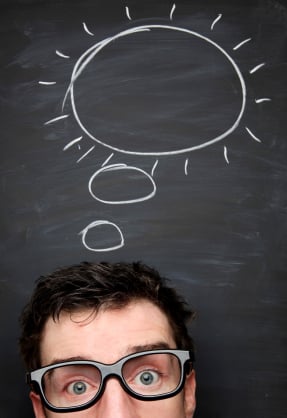 What? You mean now? Like right now? Uh, levitating unicycles, no, wait, monster segways… oh man, I can’t do this!  I’m just not the creative type…

Bouncing from brainstorm to brainstorm as we often do in this line of work, I am constantly struck by how many people are convinced that they just don’t have the “creativity gene”.  The belief that “some have it, others don’t” is pervasive.

In truth, this makes sense.  It’s common knowledge that creativity is, in essence, taught out of us once we start school – “Here’s the way to do this...”  And, when we are put on the spot and told to exercise our creative powers on-demand, we tend to perform poorly.  Who wants to go through that?  I know if that was my main exposure to “creative thinking” then I’d rather suppress any creative capacity than repeatedly put myself through that pressure-riddled brain-racking.

Our experience has told us that, while some are in fact more prolific creative thinkers than others, everyone has the capacity to be creative given it is elicited in the right way.  This can be especially helpful with managing a group brainstorm, and will help everybody in the room contribute (an unfortunately rare thing).

After all, a new idea doesn’t have to be 100% new.  Even 1% new qualifies it as new.  Just some element has to be new – new shape, new color, new industry or market… they all qualify.  So, don’t sweat it so much, borrow from each other or from things you see and experience in the world, and let creativity come and go as it pleases, you’ll be much more creative and much happier with these pursuits.

Oh, by the way, I was going to trademark “Monster Segways” but it seems I’ve been beaten to the punch – so go be creative yourself!  Apparently, it’s back to the drawing board for me too. 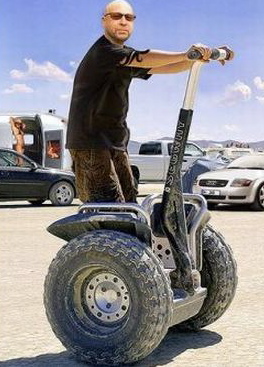