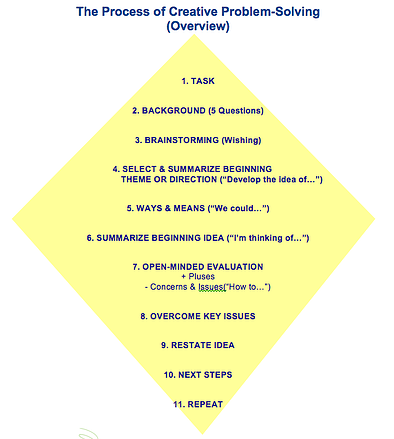 Some of the biggest ideas generated from our brainstorming sessions have come as a result of running these excursions. For example, we were doing some work for Rich Products, a company that makes food products for the food services sector, and we’d gone out and done research into food service environments e.g. learned about their challenges and issues, found out what truly kept them up at night? At the conclusion of these field trips, we held a brainstorming session with the task of brainstorming ideas for new products; to help address some of the biggest challenges facing those in the food service industry (unskilled labor in the kitchen, process is overly complicated, product integrity, etc.). At one point d 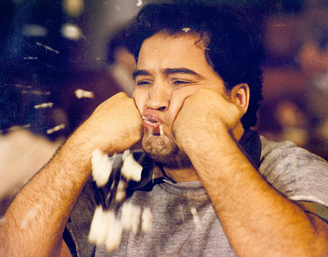 uring the session, we led an excursion and asked everyone to offer up his or her favorite movie scene and briefly describe it. One person shared the infamous food fight scene from Animal House in which John Belushi pretends to be a zit.

Once participants had shared their scenes, they were asked to pick a movie scene, preferably not their own, and drive to an absurd wish. The person who had chosen the Animal House scene made the offer of, “I wish for a bag of whipped cream that looks like a zit!”  After many chuckles and looks of disgust, the group sensed there was a lot of energy around the idea and decided to play with it a bit further. The result? The team later developed this idea into On Top®, a $300 million platform for the company, the largest behind their bakery platform. 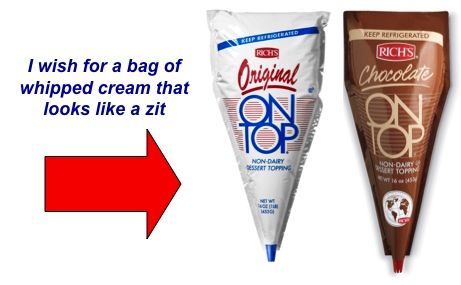 The takeaway here is that although the idea was completely absurd, it was able to problem-solved around through some creative processes. I mean, how often do you hear stories of a company leveraging the geometry of a zit as a dispensing mechanism!? Sure they encountered technical problems along the way, such as how to ensure that the product inside of the bag was clean and not contaminated by bacteria, but once they shared the idea with the CEO, who had recently been exposed to a new technology in Japan, it wasn’t a problem anymore. As Einstein is famously quoted as saying, “If at first an idea doesn’t seem totally absurd, there’s no hope for it!”

It’s simple, yet powerful techniques such as excursions that, if met with open minds and suspended feasibility, can lead to real, breakthrough innovation for your company.