Posted by Creative Realities on October 21, 2010

On Day 2 of the PDMA2010 innovation conference Dan Pink gave a fascinating talk about motivation in the workplace.  Pink is the best-selling author of Drive: The Surprising Truth About What Motivates Us.  Coincidentally, he is also a man with an understated sense of humor and tone that is vaguely reminiscent of Kevin Nealon.  Unfortunately, he did not do any Weekend Update style under-his-breath uttering of his inner thoughts, however he did offer several counterintuitive insights on motivation.

At least incentives don't work for the types of problems innovators are trying to solve.  The traditional carrot-and-stick approach to incentives works great for simple, straightforward tasks.  Pink’s example was “if you offer me $100 dollars to stand on this table, I’m there.”  Incentives do not work for long term, conceptual, creative problem solving.  Pink points to a study by behavioral economist Dan Ariely that concluded “once a task called for even rudimentary cognitive skill, a larger reward led to poorer performance.” 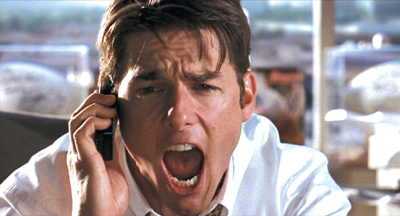 Since incentives are not effective for the types of complex problems innovators face, what does that mean for employee compensation?  Pink advocates paying people enough, or even more than enough, to ensure that they are not even thinking about compensation.  The goal is take the money issue off the table for them so that it is not the main motivation to work.  Pink says that it's no coincidence some of the top performing firms are the ones that pay above and beyond the high end of the competitive salary range.

Rethink the Concept of "Management"

Pink points out that “management” is not a divine institution that has been around forever, it is merely a technology that was invented by some guy in the 1850’s to get compliance.  In innovation, compliance is not the object.  Creativity rarely comes hand in hand with constraints and compliance.  The following excerpt from the movie Office Space serves as a great parody of ineffective management structures and serves as an example of how NOT to motivate:

“You know how many bosses I have?  Eight, Bob. So that means that when I make a mistake, I have eight different people coming by to tell me about it. That's my only real motivation is not to be hassled, that and the fear of losing my job. But you know, Bob, that will only make someone work just hard enough not to get fired." - Peter Gibbons 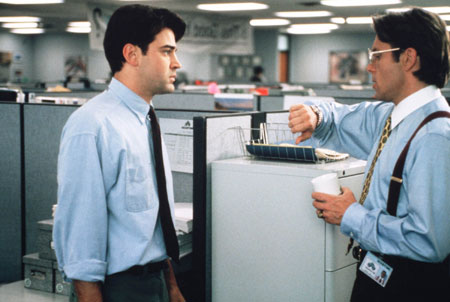 Managers should strive to provide innovators with autonomy over their main responsibilities.  Give innovators the freedom to do what they do best.

In addition to giving people autonomy, Pink also advocates the power of allowing them to work on their passion.  Gmail is one of many successful products that came out of Google’s famed 20% Time.  One Google engineer even said that pretty much all of the good ideas they’ve had came from 20% Time.  The lesson is that allowing people to work on non-commissioned work in which they are interested, often results in commercial success that never would have come about through the routine day to day processes.  Pink does caution, however, that not every company is culturally ready for 20% Time.  He suggests starting with 10% (one afternoon a week) or creating a special one day event where people work on and then present their ideas.  At Creative Realities, we believe “people have a passion to implement what they help create.”  When people have the opportunity to work on their passion, the motivation already exists.

Lastly, Pink said that people are more motivated when they are working towards something bigger than themselves. One of the themes of the PDMA conference has been the opportunity to solve social problems through commercial innovation. Derek Yach of Pepsico said in his keynote on day 1 that “innovation can solve the worlds biggest social problems… and do it profitably.”  Profit can only drive a person so much, but having a true sense of purpose is the ultimate motivator for the innovator.