5 Innovation Lessons from the Jets Loss

Posted by Creative Realities on September 14, 2010

Last night on Monday Night Football, the much-hyped Jets got thumped by the Ravens.  This came after an offseason in which the team acquired several marquee players, were in the news for all the wrong reasons, allowed HBO's Hard Knocks cameras into their training camp, and entered the season among the favorites to win the Super Bowl. Much of the attention surrounding the Jets stemmed from the swagger and confidence they exuded as they publicly announced their goal was to win the Super Bowl.  What can their Monday night let down teach us about innovation? I am going to indulge in a little Tuesday Morning Quarterbacking and explore 5 lessons the Jets experience can teach us about setting a strategic roadmap for an innovation team.

In a moment that has become a youtube sensation, Jets Head Coach Rex Ryan addressed the team with an inspiring (and profanity-laced) speech to kick off the season. Ryan's message was that the team's one goal for the season is to win the Super Bowl.  He then laid out his expectations for each unit.  His expectations for the offense, defense, and special teams were to "lead the league in wins."  These words seemed to have the intended effect of motivating the players, inspiring them with confidence, and setting expectations of success.  At the time, Rex Ryan's goal for the organization had the impact he was hoping it would.  But I wonder how the Jets players are feeling today about their progress towards that goal.  After 1 week, is the season already a failure?

One common criteria for establishing goals is to make sure it fits the acronym S.M.A.R.T. - Specific, Measurable, Attainable, Relevant, and Time bound.  Lead the league in wins is (theoretically) attainable, measurable, and time bound.  But is it specific and relevant?  Owning the best record in the league is a relatively clear goal for the team as a whole, but Ryan breaks it down into expectations for each of the team's units.  It is not clear what "lead the league in wins" means for the offense, defense, or special teams specifically.  The defense can play great (and did) but without the offense, they will not win.

The other issue is relevance.  Does this fit into the organization's other short and long-term goals?  If the ultimate goal is to win the super bowl, then having the best regular season record is nice but not necessary.  On the flip side, I doubt that the coaches will spend practice time this week instructing the players how to "lead the league in winning". Instead, they will focus on ball control, penalties, converting 3rd downs, etc. The bottom line is that if I am the quarterback, "leading the league in wins" is not a specific, measurable, attainable, relevant and time bound goal I can work towards on a daily, or consistent basis. Coming out of any given practice or team meeting, how am I supposed to know if the organization is any closer to achieving the goal?

3. Understand the Difference Between Vision, Mission, and Goals

Ryan made the same mistake many corporations make when setting their roadmap for innovation: confusing vision, mission, and goals. These terms are often thrown around interchangeably in business but they mean different things and understanding that difference is crucial for setting an innovation strategy.  A vision is the guiding philosophy for an enterprise.  It is aspirational and something that you can never fully achieve but continues to provide you with a direction to shoot for.  In the Jets case, "Be the team that strikes fear in the heart of opponents" is an example of a possible vision.  A mission is an actionable objective with a clear endpoint that is measurable and possible to achieve but only with "strive."  "Win Super Bowl XLV" is the Jets stated mission for this season.  Goals are specific, measurable, attainable, relevant, time bound benchmarks that you hit on the path toward your mission.  "Possess the ball more than 50% of the time," "commit less than 3 penalties each game," "rush for 2,000 yards" are examples of specific goals the Jets could work towards as a team on their path towards their Super Bowl mission.  When launching an innovative initiative, it is important to understand the vision, the mission, and the goals so that the core team knows what success will look like.

"In preparing for battle, I have always found that plans are useless, but planning is everything" - Dwight D. Eisenhower. 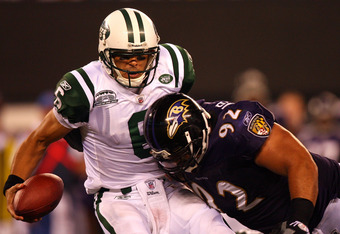 One thing Rex Ryan did do an outstanding job of was communicating an inspiring message to his team.  Winning the super bowl and leading the league in wins sounded great, on paper.  In football and in innovation, however, the best plan is bound to go out the window when you run up against the harsh realities of the real world (or Ray Lewis). The other major issue with "lead the league in wins" is that it is dependant upon so many factors for which the Jets could not possibly plan.  In addition to an opponent intent on stopping them, last night's game featured several plays that were not in either team's plan that altered the outcome of the game - penalties, injuries, hits, fumbles, diving catches... As the cliché goes "that's why they play the games." When it comes to innovation, particularly breakthrough innovation, you are often "playing" in areas that no one else has before.  That makes it impossible to predict what obstacles will arise.  The key to a successful innovation road map is planning how you will react to those moments for which you could not have planned. 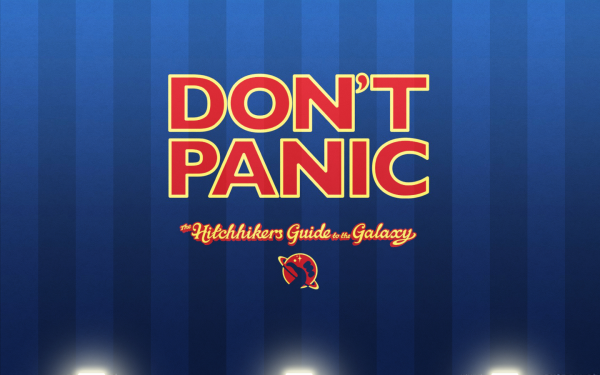 The final innovation lesson from the Jets Monday night debacle is: don't overreact to the inevitable bumps in the road. Setbacks and failures are a crucial part of any innovation initiative or football season.  The important thing is how you deal with them.  Championship teams and breakthrough innovators are able to learn from their early mistakes and come out firing in the second half.  This is another critical piece of goal setting - constantly evaluating your performance against the goals and re-evaluating the goals themselves.  For the Jets, perhaps "lead the league in wins" is not a perfect articulation of their goals.  However, it is only week 1 and their mission remains to win Super Bowl XLV. (*Full disclosure: I am a Patriots fan so therefore do not expect the Jets to bounce back and achieve their mission.)  Nevertheless, I'm guessing when Rex Ryan said he wanted to "lead the league in wins" he was thinking about the level the team would be playing at in January and February, not September.  When your organization has its strategic innovation road map in place, it is critical to take a long-term view and stay the course, while learning from the early losses.