Is the Nintendo 3DS a Transformational Innovation?

Posted by Creative Realities on January 27, 2011

After the announcement of the new Nintendo 3DS on Monday, the Week asked if it was a "game-changer" innovation.  Early reports indicate that the 3D technology is off the charts superior to everything we have seen previously.  Critics contend that the 3D novelty will wear off, and soon smartphones with 3D displays will render Nintendo's product irrelevant. 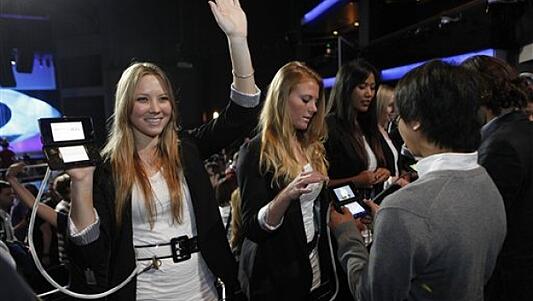 In a previous post we broke down the difference between incremental, breakthrough, and game-changing innovation (and why it is important to pursue each as part of a portfolio strategy).  Let's review the definitions and see where the Nintendo 3DS fits.

Breakthrough Innovation - "a meaningful change in the way you do business that gives consumers something demonstrably new (beyond "new and improved")".  This one seems to fit pretty well.  The 3D display is a truly new feature that gives Nintendo a competitive edge, for the time being.

Transformational Innovation - "usually the introduction of a technology that creates a new industry and transforms the way we live and work."  Calling the Nintendo 3DS would be a stretch.  It is not going to create a new industry around, nor does it fundamentally change the way we live, work, or in this case, game.  It's a cool new feature, but it will not completely revolutionize the gaming landscape.

In conclusion, the Nintendo 3DS seems to be an impressive breakthrough innovation, but is unlikely to be the revolutionary earth-shaker its champions are suggesting.