Here’s today’s proposition: There are times in working and personal situations where open-ended (unsupported) questions can unintentionally sabotage and seriously derail the communication.

A real example:
The division sales manager at a major petroleum refinery in Canada (we’ll call him Jerome) was in a training course on skills, tools & techniques for brainstorming & creative problem-solving. On the first day of the class the trainer explained why open-ended questions can be destructive when no one has the answer.  Jerome became very upset because he had been taught that asking questions was the best way to manage customer conversations, the people who worked for him, and in other situations:

Results: no revenue, continuing warehousing charges, no foot in the door. 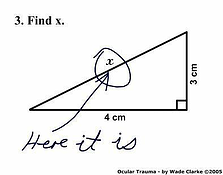 interchange during the class Natasha revealed that she thought Jerome wanted her to say yes, so that’s what she had done. She had then proceeded to quickly sell the XYZ to one of her customers (Jerome’s request had slipped her mind).

Why did this happen? It happened because, as the aphorism states: “When all you have is a hammer everything looks like a nail.,” meaning that if open-ended questions are the only kind of question you choose to use then you will misapply them in important situations where they are the wrong communication tool.

Starting in first grade we are taught the power & value of asking open-ended questions. Even in a courtroom lawyers can only elicit information in a question & answer format. This is called the Socratic method of learning and it has proven its value for two millennia. It was founded upon the principal that the best way to teach something is through “guided questioning.” But it only works if someone has an answer, or thinks they have a way to get to an answer.

When the only model for questioning you’ve been exposed to from childhood is the Socratic method then it’s very difficult to accept that open-ended questions can backfire.

Let’s revisit the interaction of Jerome & Natasha in two scenarios:

Scenario #1 – Jerome in Control
1. Jerome runs down the hall to Natasha and asks, “Did you sell that inventory of XYZ  I asked you to sell, because if you haven’t then I can use it to get our foot in the door with this big company??” (a question supported by why he is asking the question).

2. Understanding why Jerome is asking the question is more likely to encourage Natasha to tell him no, so that he can accomplish something good for the customer and good for the company.

Scenario #2 – Natasha in Control
1.Jerome runs down the hall to Natasha and asks, “Did you sell that inventory of XYZ I asked you to sell?”

2. Natasha is not sure why he’s asking. But whenever she is put in the position of Guess What’s In My Head she has the power to say something like, “Not yet, but I’m working on it. Why are you asking?”

There are times to use the Socratic practice of open-ended questioning. And there are more times than you think where supporting your questions or probing questions asked of you that will pay big dividends. Try it the next time you are asking a question, and try it when someone asks one of you. It’s pretty easy to learn and it works.

Have you found yourself in a similar situation with another co-worker, spouse, friend, etc.? What was the outcome?